THE GORY DETAILS - age 20, 1997-present. guitar/vocals/songwriting. I became obsessed with gory movies, serial killers, and the concept of death, so all the songs were about ghoulish things. Lineup: “Hellbound” Heather Dobson on drums + Damean Alexander on bass for live gigs. The only cover we played was "Dope Money" by GG Allin. Broke up in 1999, 5-song 7-inch EP released on Reanimator Records in 2000. Reunited with all-original lineup, playing 06/06/16 at the Casbah and recorded an album yet to be released.

Check out the interview in The San Diego reader: Diana Death: The Female Johnny Thunders 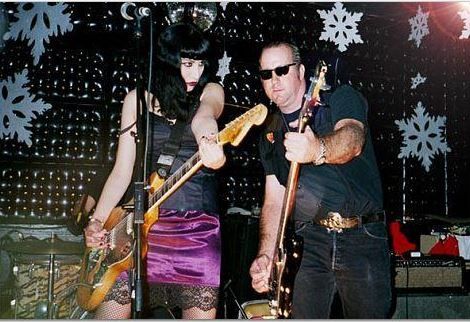